The following feature improvements have been implemented, and bugs fixed in the last week:

Productboard integration with LeanIX: Since feedback is collected through Productboard, the process of providing feedback has been improved, and users can now submit new ideas directly from LeanIX to Productboard. 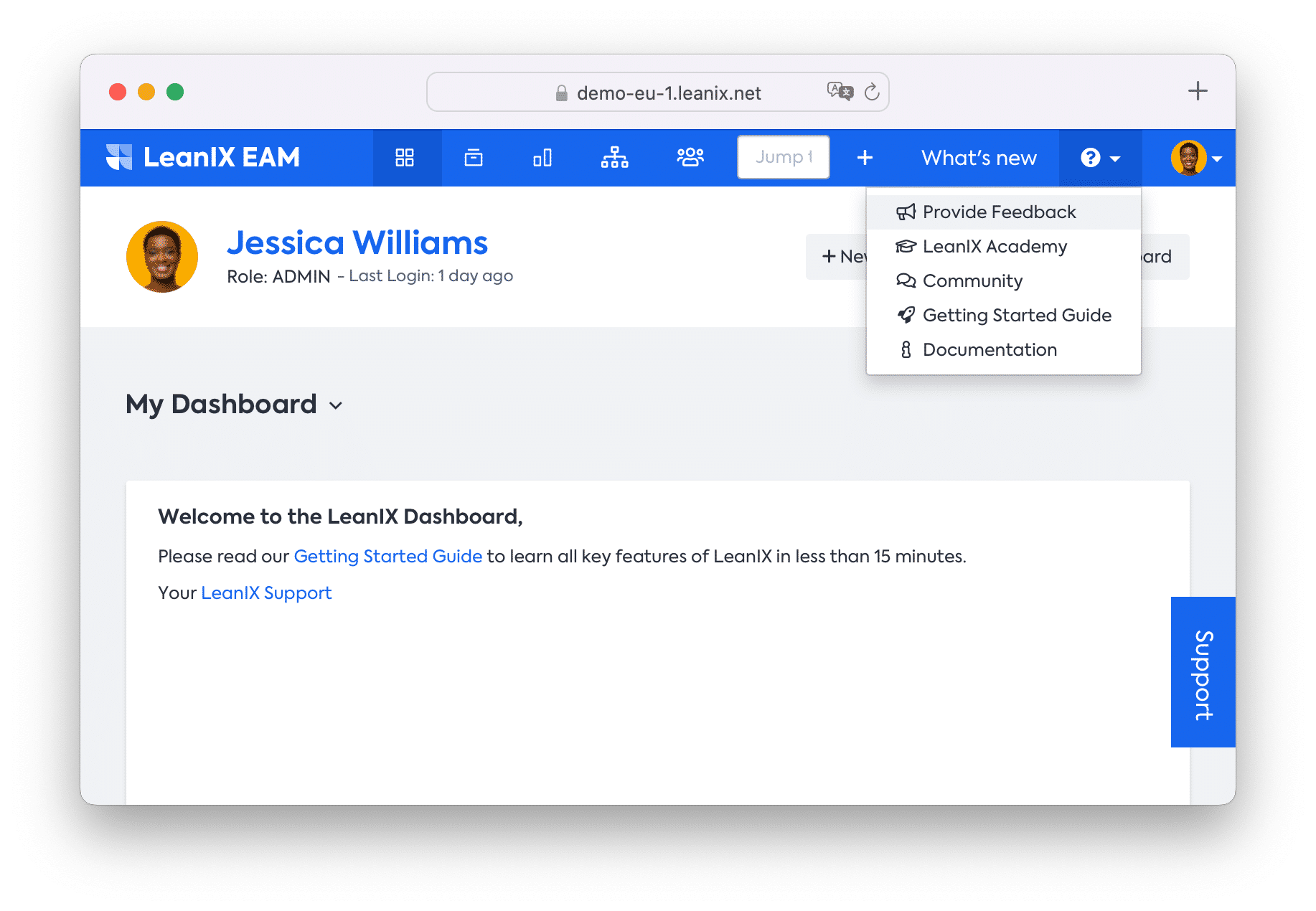