The next iteration of Automations builds upon the original feature to streamline collaboration between business and IT teams even easier. Specifically, it focuses on tackling stakeholder accountability for data maintenance within the LeanIX workspace and improving data quality by boosting in-tool data completeness using configurable conditions and actions along with triggers. The following new Automations conditions and actions have been introduced: 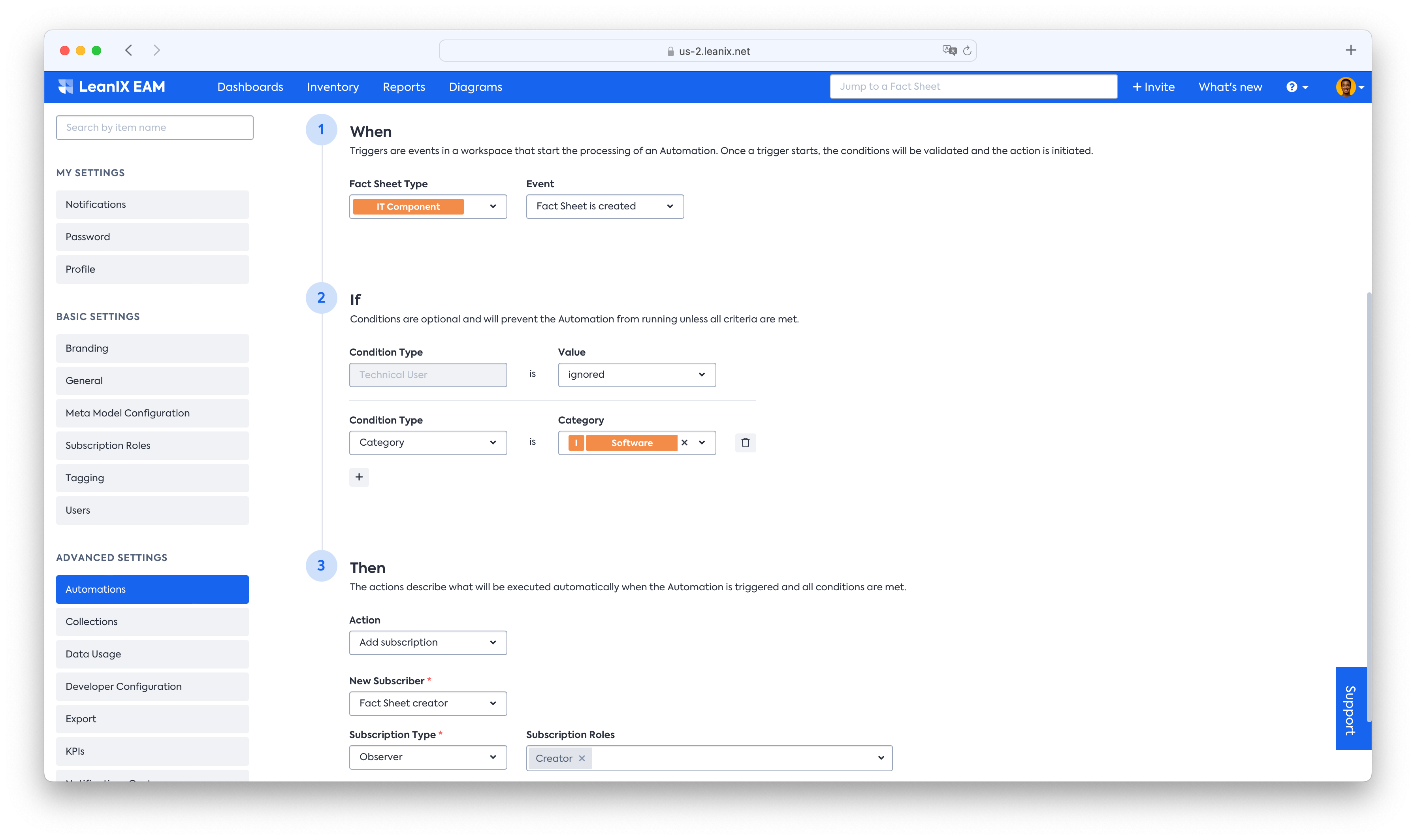 The next iteration will introduce new Automations triggers based on the event of adding or removing a subscription in the third week of September.

For more information on this feature, please refer to the 'Automations' section in the LeanIX user documentation.